The magic of being the only person swimming in the clear Adriatic Sea is not lost on me. I feel like I’ve found a secret place that allows me to be me, frolicking like a dolphin under the noonday sun. Standing in the warm water, I look west past the ancient hilltop towns to snow capped mountains touching the clouds. The only sound I hear is water lapping on the shore. Welcome to San Salvo Marina at lunch time!

For the last 4 years, always in June, Jack and I have rented apartments here. We have now rented for the second time a two bedroom apartment – the kitchen is the only other room -with a large 3rd story balcony that gives us a wedge of a sea view and all modern appliances for €550 a week. (About $645.) We take advantage of off season rates, great summer weather and very few beach goers. Once school is out, this place will be packed and prices will escalate. The second week in June is perfect. Noon until 3:00’ish, when the few families who are here have left for lunch and a snooze, it is even more perfect.

I must admit, living in low costing Pontelandolfo has caused me to get shell shocked at even off season beach town prices. What, I bellowed one night after staring at the ocean and drinking at Beat Cafe, €7 for one glass of house wine and an aperol spritz? It would be less than half that at home. Jack reminded me that we would pay double that at the Jersey Shore. Oh, I sulked, OK I will try not to whine about prices MUCH.

Why San Salvo Marina? It is only about an hour and a half away from Pontelandolfo – which makes going to the beach an easy drive. If I am in a car for more than 2 hours, I become meaner than the wicked witch of the west. Having lived in Asbury Park and known the Jersey Shore intimately, I can say unequivocally that I loathed the honky took of places like Seaside Heights and loved the kinder gentler feeling of Ocean Grove or Sea Girt. San Salvo Marina has a wonderful lungomare – seafront promenade that includes closing off the adjacent street to vehicular traffic. It is a great place to stroll after dinner. The beachfront is full of medium rise condos that look like they have been built in the last 15 or so years. New ones keep popping up. That said, it doesn’t feel cramped and crowded. There is green space between buildings and a park between the buildings and the seafront.

We walk about 5 blocks from our apartment to the beach front stand we like. This year I GULPED when it cost me €75 to rent our spot near the sea for 7 days – yeah, yeah it was less than €13 a day but still. We got our two lounge chairs, table and giant umbrella set up by the attendant and nestled in for a seaside view and ahhhhh moment. €13 pppfffew – is niente, nada, nothing for this.

Being foodies, we also like San Salvo for its restaurants and proximity to our very favorite seafood restaurant – Il Corsaro Della Baia Azzurra in Porto Vasto. When we arrived this week, the first thing we did after lugging all the crap from the car and getting organized was walk the half block toward, Ristorante Al Metro. We were salivating as we thought of their riffs on local Abruzzo food and their industrial style modern and elegant dining room. As we started to cross the street this teeny tiny little girl – I found out later she was 6 but soon to be 7 – stopped Jack and was prattling away. Sensing he didn’t have a clue about what she was saying, I walked up to them. She had handed him a flier for Risto Pizza da Bocconcino, the corner joint we had just passed, and was delivering a marketing pitch that was freakin’ perfect. We thanked her, I put the flier in my purse and we continued on to Al Metro – which was now closed!!!!! We went back, found the girl and let her guide us into her dad’s Risto Pizza da Bocconcino. After praising her to her pop we took seats outdoors in a comfortable space and had a pretty decent but €40 lunch. OK, I’LL STOP WHINING SOON ABOUT PRICES. I had grilled cod, pickled onions and sautéed spinach. Jack had – I don’t remember – but we did share a bottle of a great Abruzzese white wine and mineral water. Since we were late eaters, the place was cleared out by the time we finished. Out came the home made limoncello, caffè and conversation. The owner sat with us and we argued about politics. He was the first Italian I have ever met that didn’t think the current president of the USA was a putz. He liked his brazen style! Let the arguments begin! Putting politics aside, we enjoyed ourselves and will go back.

One night we decided to drive the strip and look for a new place to dine. We discovered Medusa Ristorante Pizzeria on the very active Via Magellano. We agreed – an anomaly – that we had eaten the best mussels we have ever had. Their Cozze Marinate was full a chunks of garlic and parsely that added to the perfectly braised mussels. Yummy. We each had a fresh fish dish, side of veggies, mineral water and coffee for €54 – oh yeah there was that bottle of Abruzzese wine too.

Can we talk about gelato??? Ai 3 Scalini makes and serves the best gelato I have had in forever. It is fortuitous that it is a short half block from Medusa Ristorante! We had no choice – really Jack made me go there kicking and screaming down the street. The strawberry gelato reminds me of the wild strawberries of my youth. OMG – the chocolate is so full of chocolate that Belgium chocolates pale by comparison. We vowed we would only go once this week. But I’m thinking if I don’t eat breakfast or lunch…

I’ve got to stop talking about food. Time to stare at the sea, thank Vodafone for the cheap data plan that lets me turn my phone into a hot spot, and hmm it’s 6:30 PM here maybe walk to a seaside bar for an overpriced Aperol Spritz. 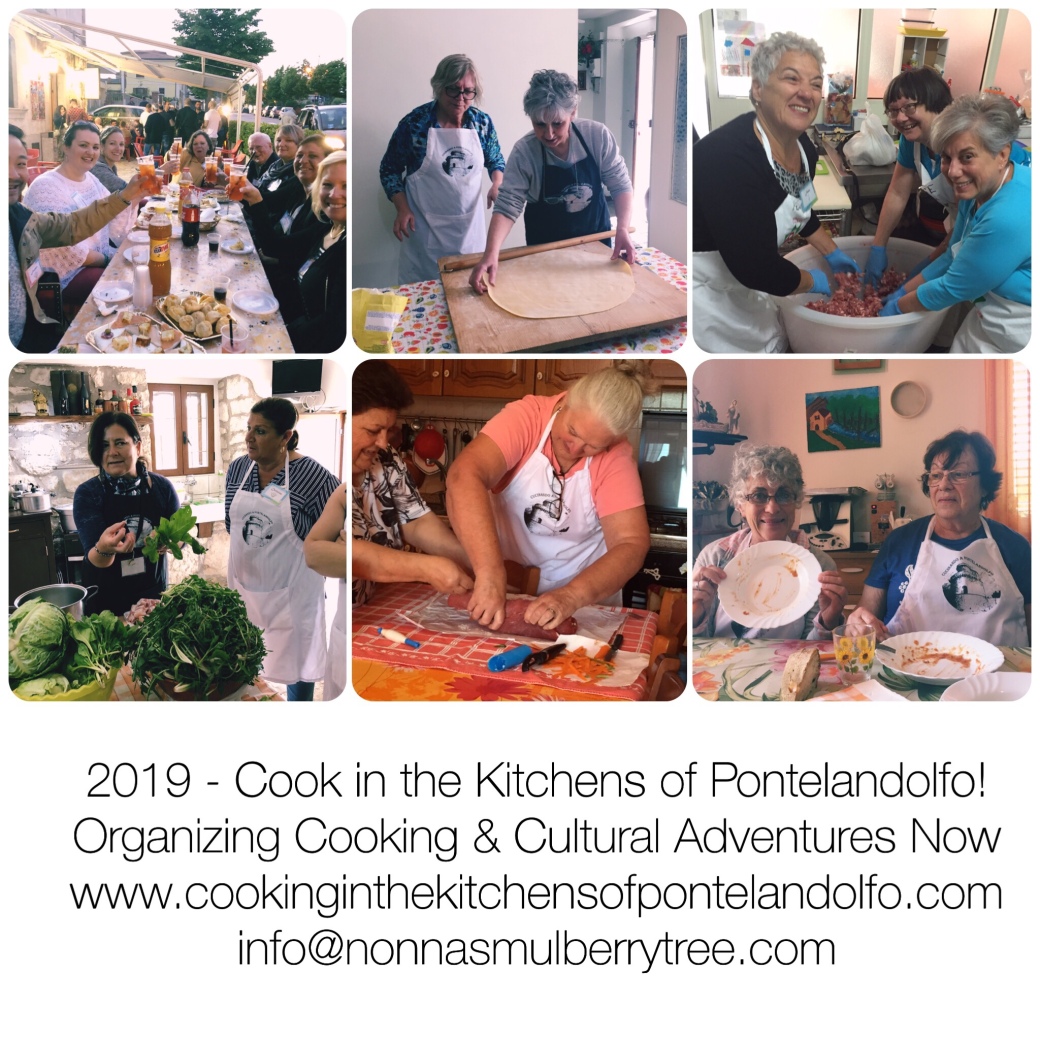