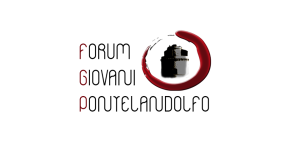 Over the years I watched the young people of Potelandolfo produce theatrical events, calcio tournaments, festas and more.  I knew there was something called Forum Giovani but I didn’t really get what it was.  I’m thinking like Judy Garland and Mickey Rooney – a couple of kids get togther and make stuff happen.  You will not believe this – because it sure doesn’t happen in New Jersey – but the region and or Italia  gives each town a stipend of €2,500 earmarked for Forum Giovani. The teens to early twenty-somethings, that choose to be involved in the group, use this as seed money to produce events.  This is a really good thing!

The forum has a two room office that they use for meetings.  The commune provides the office, computer and furniture.  They only call meetings when they need them. Smart huh – no mandatory monthly BS.  Now, just what do these kids do with that money???

You conservatives out there need to stop thinking of it as a socialisitic handout.  The money is used for administrative overhead – paper, pens, ink for the printer, light bulbs etc. It really is seed money – watch those dollars and young entrepreneurs grow.  Having the administrative bills paid for all their energy goes into raising capital for events. A prime example is the Beer Festival that was organized and produced by Forum Giovani Pontelandolfo.

In order to produce a large community wide event, the kids had to develop and demonstrate a good arts administration skill set.  I know about that stuff – I did it and taught it.  These kids learned experientially, which to my mind is the absolute best way.

Here’s what this professoressa obserserved – the kids had the ability to:

Was it all wonderful – nah they forgot to precook sausages and the wait for a sausage sandwhich was a three beer wait. – Hmmm – maybe that was the plan.  Also, they didn’t organize traffic well by the food and drink.  Did they learn – you bet.

But enough of my academic chatter – lets see what they have to say.