I went to YouTube and entered JEKA, the name of this Serbian company.  The first video I saw reminded me of the Rockettes in perfect Radio City Music Hall formation.  Then the music got faster and faster and the formations kept going and going.  I was exhausted, but enthralled.

If you are in Italy – or a cheap plane ride away – come visit Pontelandolfo this July 31, August 1 & 2.  I’ve seen a number of folkloric festivals over the years but this one, produced by Ri Ualanegli Pontelandolfo offers incredible diversity.  (I did an earlier post on the group from Poland and more are to follow.)

The folk dance group Jeka is from Obrenovac, Serbia.  They have been performing since 2010 and have over 200 dancers, musicians and singers working together.  I wonder if they will all be in our little village?  Jeka performs dances from all regions of Serbia, including central Serbia’s popular Sumadija and Kolubara. The artistic team includes – ethnomusicologist Biljana Konjevic (folk orchestra and folk singer group), choreographer, Jelena Stanisic and president, Nenad Mandic.

A typical form of Serbian folk dances is “kolo”.  This is a chain of dancers holding each other – this is what I started watching.  The dancing is ideally in a circle. After “kolo” comes “lesa” – a single chain in line or in two parallel lines, moving left and right, back and forth.  Sounds simple – but you try to keep 30 people in two exactly parallel lines. 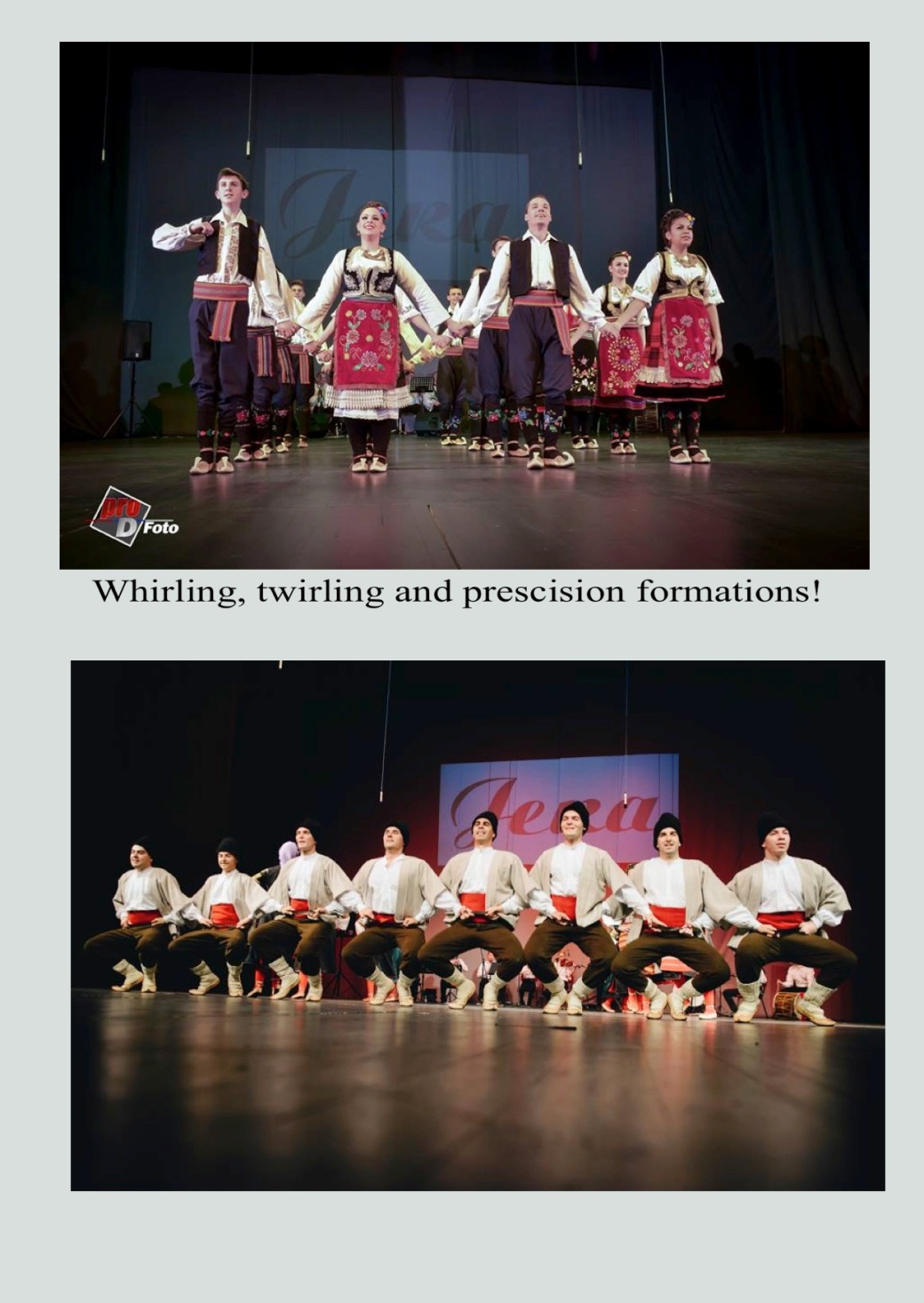 I read that Serbian folk costumes have a distinctive place in the tradition of the Serbian people. Their role throughout history, as symbols of ethnic identity, was of great importance. Every region inhabited by the Serbs had a distinctive folk costume. The outfit revealed not only someone’s origin, but in multicultural regions it was a recognizable sign of ethnicity.  You will see hand-woven skirts and vests filled with colorful designs and patterns.

One thought on “Serbian Dance Company in Pontelandolfo”