On Sunday, March 5, 2017, something fabulous happened in Pontelandolfo. The national television channel, RAIUNO, broadcast the 11:00 AM mass live from one of the most beautiful churches in the province of Benevento –  Parish S.S. Salvatore of Pontelandolfo Chiesa Madre.  The church, built in a Romanesque style, heralds back to before 1500.  Completely destroyed by the earthquake of 1688, the church was then rebuilt ten years later in a Baroque style. This is the church my grandparents were married in and my aunts and uncles were baptized in.  It is truly magnificent and deserves to be seen by the world. 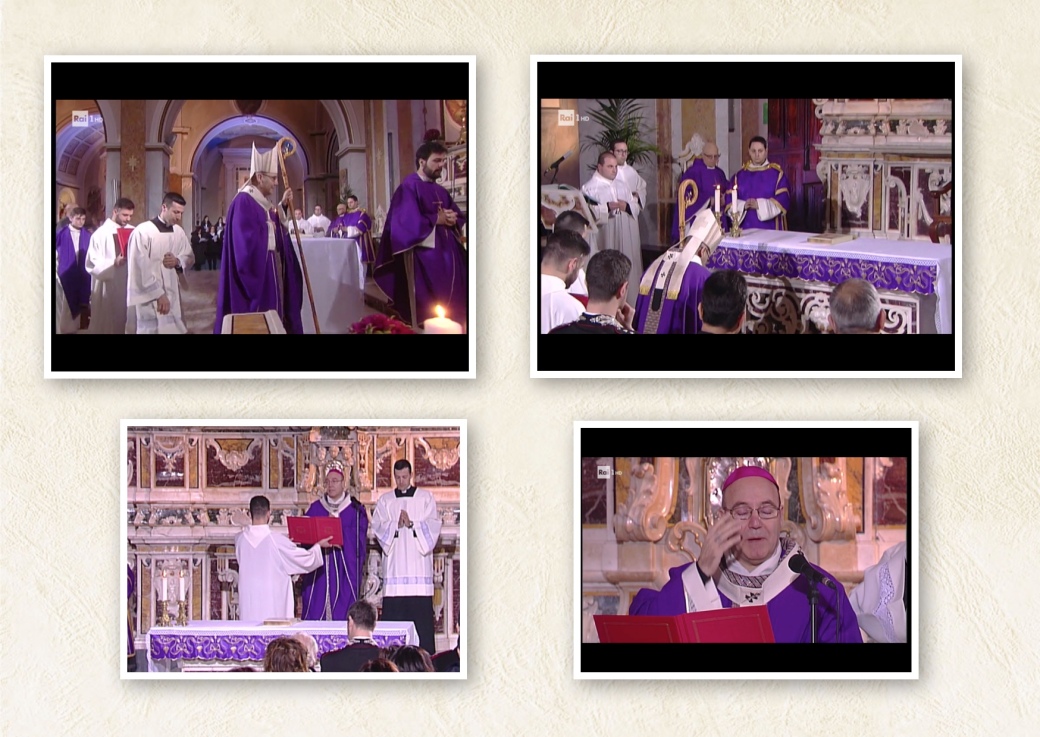 Mass was officiated by the new Archbishop Monsignor Felice Accrocca.

Pontelandolfo News  published the formal announcement from our parish priest, Rev. Don Giusseppe Girardi and our mayor, Il Sindaco, Dott. Gianfranco Rinaldi.  My heart filled as I read the announcement.  It reminded me just how many of us left this village in the Sannio hills.

“It will be a unique and unrepeatable moment that will allow us to enter the homes of all, in particular in those of our brothers who emigrated to distant lands, to be even closer to the elderly and the sick. “

The WhatsApp texts and e-mails started flooding my in box.  The mayor sent me a notice, my friend Nicola sent me pictures of the crews setting up an incredible collection of cameras in the sanctuary.  My favorite florists Nella and Fabio were up to their elbows in flowers.  My family urged me to grab a plane and get back.  I sadly missed the mass but thanks to the RAI application on my iPad.  I was able to get up at 4:30 AM and watch the program live. 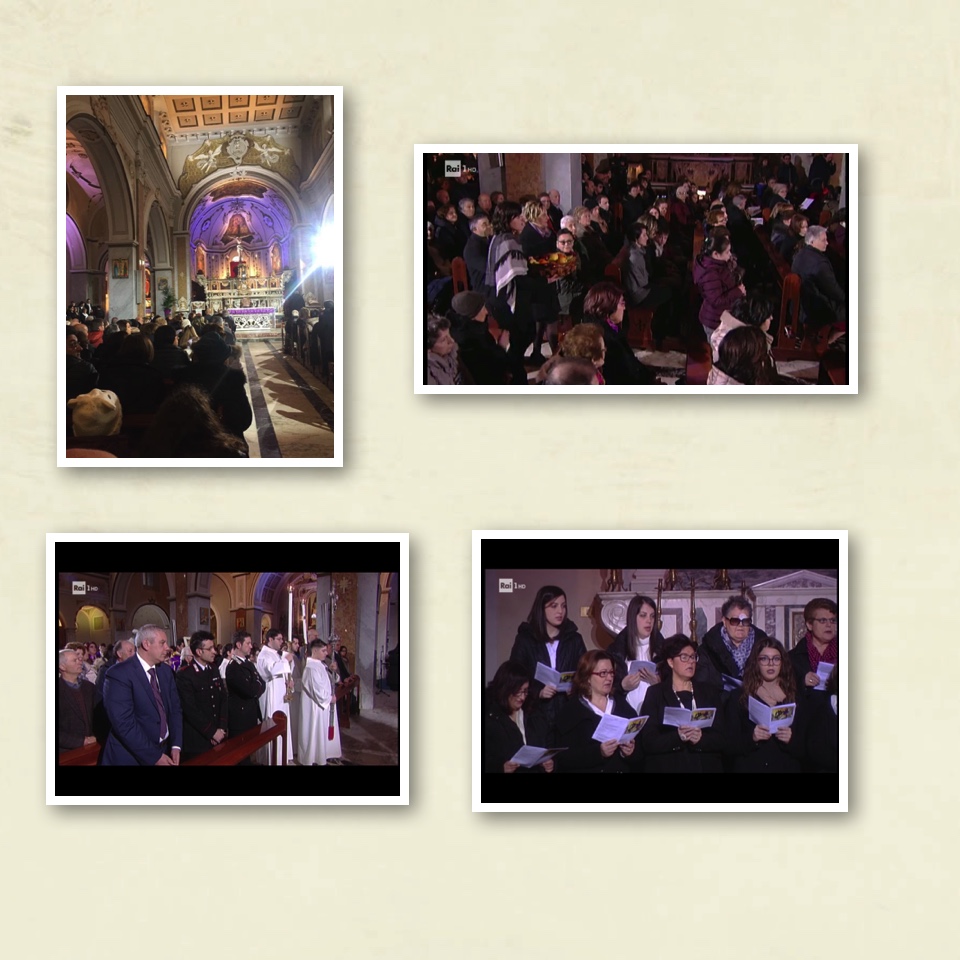 To me – with my public relations hat on – the opening of the broadcast was the best thing that could have happened to Pontelandolfo.   Before Mass, RAI, presented an overview of the village.  It featured the mountain scenery that daily takes my breath away, our iconic medieval tower and other points of interests.

I don’t know how long the link will be live so click on it and see why I return to spend months at a time in Pontelandolfo.