Buon Natale! Buone Feste!  During this magical time of year, all of our senses will be zanily energized. Normally, Italians are incredibly expressive people.  Our hands, faces, and bodies, all become one with our voices to help us relay our feelings and tales.  Now, communications will be foisted into high holiday gear. From the moment families kiss each other hello, laughter will burst out of homes. The volume will go up a notch as we engage in fuel enhanced political rants, chase the giggling wee ones around rooms and swear that our calcio team is the best.  We will be expressive until the moment the last digestivo is sipped and goodbye hugs are given at the door.

Has everyone become a cell phone zombie???? 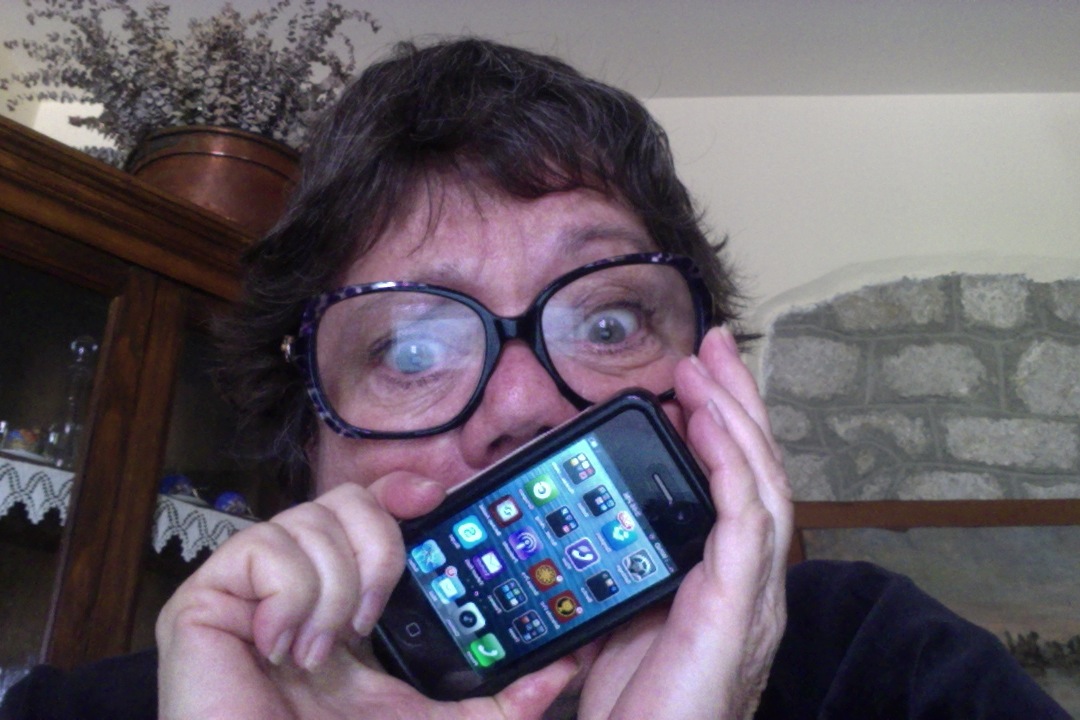 I am frightened!  Scared of the cell phone phenomena that has reached into the very essence of people and turned them into automatons – robots fixed on mini screens. Faces blank, lips held together, eyes vacant – ZOMBIES!!!!  STOP THE MADNESS BEFORE IT IS TOO LATE!

My dear expressive countrymen, while you are with family and friends this holiday season leave your telefonini in the car.   Also, turn the bloody thing off while you drive, walk around the piazza, go out to dinner, visit the sea… I get apoplectic when I’m on the autostrada and see a truck driver holding his phone in one hand and gesturing with the other hand. Just what body part are they steering the truck with? You jerks driving on A14 toward Milano who almost crushed us know who you are.

Blank stare zombie texting is even worse than talking. Especially if you are the driver of the yellow fiat who was aiming for me on the curvy narrow road out side of Morcone!  I honked – the male driver looked up – note I said looked up – his eyes were filled with texting madness and his hands – WEREN’T ON THE STEERING WHEEL.  I am sure that drivers do this all over the world, however, on skinny, scary mountain roads it is totally inappropriate.  The cretins could kill me!  I wanted to block the bloke’s path down the hill and stomp on his phone.  I didn’t.  Instead, I bellowed a very American explative out the widow.

Imagine a world of scantily clad people milling through waist high water eyes staring blankly ahead clutching something to their ears.  The cast of the latest horror apocalyptic film – or worse PHONE ZOMBIES AT SEA?  Blah, blah, blah – why the hell does anyone have to actually walk in the Adriatic Sea blah, blah, blahhing on their phones? No one who is actually enjoying the sea wants to hear a phone zombie bellow in a variety of languages Can you hear me now?

However, the cultural phenomena that really bothers me is one that may dampen my holiday spirits. Whole families – mom, dad and 2.5 kids – sitting in a restaurant ignoring each other and scrolling through their phones. Jack and I may not have riotous conversation every time we dine out but we do acknowledge there is another person at the table. I want to scream at families, Watch the pizza bubbling in the wood burning oven. Or, sit back and smell the scents of great dishes being brought to other tables.  Stop looking at your fahkackata phones.

What ever happened to conversation?  Where are the frantic hand gestures and facial dances that make us unique?  I see more and more families sitting silently. That silence is not communal – all are in their own little FaceBook bleary eyed world.  I’ll take little tykes running around restaurants any day to a total lack of personal interaction. If I were the communications czar, cell phones would be left in purses and pockets at the dinner, lunch and breakfast tables.

May Auntie Midge gently suggest a phone moratorium until February? Let us not loose the spirit of communications that makes us who we are.  Defeat the telephone zombie invasion. Think of it as La Befana’s holiday gift to you and yours.

Sorry for the phone rant, but we just got off a train and were surrounded by business people sharing work related information that I should have recorded and sold.  I have to vent somewhere.  Thanks for listening.

2 thoughts on “Have An Expressive Holiday”